Nobody Can stop the Dockers. 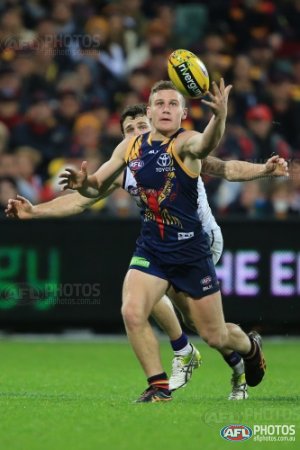 Nine rounds in and Fremantle finally found themselves in a contest, with the Crows finding themselves in the rare position of being in front of Fremantle for a portion of the game. Fremantle struggled to adapt to the local conditions, rain still being a thing in that part of the country, and had some issues working out if Patrick Dangerfield was one player or several different people wearing the same number, but they found their stride in the second half and resumed their normal dominance of the opposition. By three quarter time Fremantle were back in front and some handy work in front of goals by Twinkle Toes Barlow shut the gate and Fremantle cruised home for a very sensible 11 point win, their 9th in a row, leaving them undefeated for the season.