Mayne and de Boer are back in 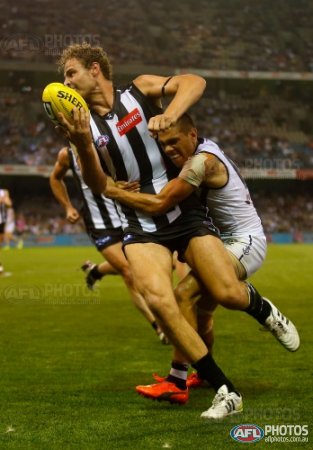 Fremantle are back in action after a week off (three weeks for some of the forwards) sitting on top of the ladder, enjoying the view from the expensive seats while the lesser football clubs fight it out for the scraps. One of those scrap fighting clubs goes by the name of Collingwood. Normally you'd only see Collingwood players in their home state of Victoria but someone at AFL House obviously made a mistake, what with stadium names changing every couple of months. Another mistake they appear to have made was to play the footy on a Thursday but we all know ow much trouble the eastern staters have in adjusting between two different time zones. The Fremantle match committee have decided to do a bit of work this week, making two more changes than they would normally like to, ie: two changes. Matt de Boer and Chris Mayne come into the team, which should get the message through to Collingwood to pack more bandages, Tendai Mzungu and Matt Taberner will get another week off. Collingwood have dropped Ben Kennedy and brought in Jarryd Blair.